Picture not so perfect…

I watched a woman today trying as hard as she could to avoid having her picture taken. Why, you might ask, would she avoid it? She was a nice looking woman, but she didn’t feel properly dressed, her hair wasn’t done the way she wanted, and on and on went her excuses until I was pretty proud of her.

I have played the “please don’t take my picture” game my entire life. I think it stemmed from the day I was five and my mother dressed me in an emerald green dress, combed out my hair and took me to the photographer. I refused to smile, but this was not that photographer’s first rodeo. He said, “You’re so pretty with that red hair and freckles, I’ll bet you have lots of boyfriends. How many are there?” I smiled in a goony fashion and said, “Five.”

I still say I was not confessing to being a kindergarten slut, I was telling him my age, but the story has stuck–along with the goofy expression on my face which he forever immortalized. Ever since then, pictures have become an ordeal. 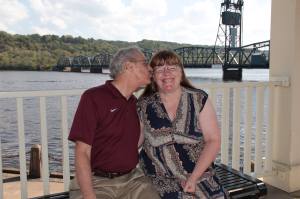 If you relent and allow your picture to be taken, it always comes out with your finger in the vicinity of your nose or your mouth open, revealing an unobstructed view of your tonsils—not your best feature. However, if you refuse to have your picture taken—you are expected to have a reason why not, as in: “You can’t take my picture. Why? Because I’m in the witness protection program and I would be killed if my picture comes out.” “Because I’m sensitive about the skin disease I have that whenever my picture is taken, dirty words appear in my rash.” “Because if you take my picture when I said no, I’m going to stick that camera in a convenient place.” You name the excuse for not having a picture taken, I’ve used it.

I used to think it had to do with looks, but since I was never model-beautiful, I can’t imagine that I would be that vain. I think it has more to do with privacy. I object to being assaulted at any random moment. I have seen pictures of myself with my mouth wide open, about to devour a hamburger. I have seen myself, with my “best side up” about to pick something up from the floor. I’ve seen pictures where my hair ran a close second for worst style against Nick Nolte’s arrest photo. I simply do not take pictures well and they are the kind of memories I’d rather not save!

I truly think there should be a law about pictures. Everybody with a smartphone today can snap a picture, but what if we listed cameras of any kind as weapons? When we take large group pictures, that would make the phones or cameras weapons of mass destruction. Someone takes my picture in some unflattering moment…pretty much any moment would qualify…and I could have them arrested for assault with intent to display!

I’ve heard that computers are now equipped with cameras which could be hacked. That means the camera could get me walking into the kitchen with my night hair and ragged nightie. Or worse still, coming out of the shower wrapped in a towel which doesn’t have the yardage to cover the important stuff. This thought has given me nightmares and caused me  to regard my computer with hostility and suspicion.

I know that camera control  will never happen and I’ll spend the rest of my life hiding behind some convenient (but never big enough) fellow picture subject, when the cameras come out. I’ll try to bear it by thinking of it as a nice, benevolent execution—they line you up on the wall and shoot you. But, instead of it being all over when they are done shooting, you have the even worse ordeal of having to look at the picture…forever…in the most inconvenient of places. Smile, everyone, we’re on Candid Camera!