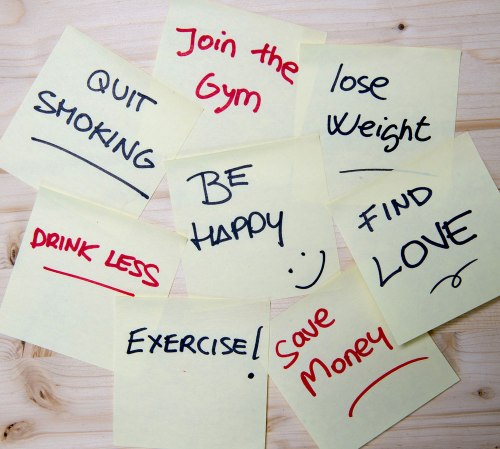 It’s New Year’s and so everyone is taking down their Christmas decorations and sweating through the first big decision of the year: to resolve or not to resolve.
I have personally been a patsy for the New Year’s resolution only too many time. Most New Year’s Resolutions all into a few categories: weight loss and exercise, eating habits, personal improvement, improved relationships. I’ve resolved something in everyone one of these categories and I managed to break them all before January had disappeared from the calendar.

So this year, I’ve decided to make resolutions to be held only or one month. For instance, January’s resolution is to shovel less and sleep more. If I don’t shovel as much snow, I’m more likely to find the time to sleep.

In February, I resolve to tell people I love them more often and eat less chocolate…or is that the other way around? I don’t believe I can give up chocolate, but maybe for February I can cut back (it’s the shortest month of the year, after all.)

In March I resolve to have fewer snowstorms and have more rainstorms in April instead. Yes, I know I can’t resolve to do these things, but I’m likely to be just as successful with these as with other resolutions, so why not?

I could go on, but I’m sure you get it. I will resolve to do things all year long, but for only a month. For instance, I’ll stop biting my nails all through May, and do a month’s worth of yoga for June. I thought about making a resolution for July that I not be overheated, but that might just be a waste of time…July is just an overheated month.

If I’m only making the resolutions for a month, they won’t be too difficult to keep and I have the opportunity to make quite a few. However, it probably means I won’t lose any weight, or improve my eating habits or exercise more, but I’ll be a lot happier.

Actually, I’m as likely as anyone to make New Year’s Resolutions, but this year I think they would include less of what makes me sad and more of what makes me happy. I should resolve to talk less about the current events in the world and do more to improve things.

Less criticism and more acceptance, less self-center and more self-motivated, those are the resolutions I should make and then I have to hope that I can resolve them for more than a month, because they are the keys to improving the world.

I hope you find just the right resolutions or your new year and whatever they are, I hope you have success in 2017 in making them realities. Happy New Year to you all