If Roy and I ever decide to divorce (and believe me when I say he’s not getting off that easy), I will no doubt name his faithful dog, Josie, as co-respondent. The dog, known not so fondly by me as “the Princess,” is the object of more arguments between us than money or raising the children. All right, the children are grown, but money is an issue, and the dog and her antics outweighs it! 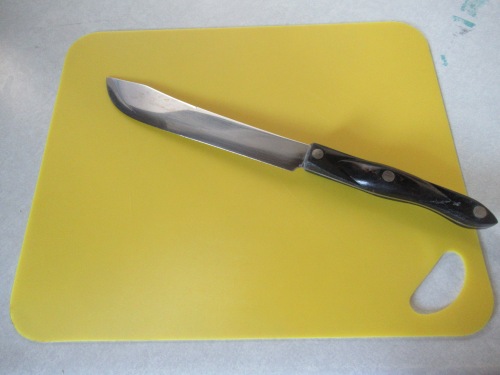 The dog is notorious for her antics around the house and Roy is notorious for defending her. Thus, “the Princess” has spent her life getting in trouble with me and wiggling out of trouble with Roy. Of course, when hunting season comes in the fall, she proves why she is so popular and I lose those arguments: she can chase and retrieve pheasants and I would rather be at ground zero in a nuclear blast than even try such a thing!

Her most long-standing trick has been her ability to plant her grubby front paws on the counter in my kitchen and check out whatever has been left there. She has an agreement with herself–if it’s food, it’s obviously just missed her bowl and landed on the counter, so she should not bother anyone and should just eat from there. If we happen to have left the butter dish open, she licks it so clean, you’d never know it was used. That’s just her being polite and neat.

She also enjoys dish towels, hot pads and particularly damp dish cloths. I don’t have to leave any of those things very long. She has a regular scouting cycle throughout the house and even when she doesn’t, she still has a radar. She can be lying prone on the living room floor, oblivious to all around her and I will lay a dishtowel gently on the counter and a five-alarm bell will go off in her head. Before I can make it from the kitchen to the living room, she is magically back, dishtowel laying peacefully by her side.\

Roy has been very indulgent about these forays by her. So while I am wiping the dirty paw prints from my counters and counting up the losses from her latest raid, Roy is sitting with the dog innocently at his side, piously advising me to better protect the things in my kitchen…that have every right to be on the counter…and not be confiscated by a stupid dog! He pats the Princess on the head, chanting, “Poor little dog…”, the dog sits beside him looking as if she would never dream of jumping on a counter, and I have visions in my head of both of them falling through a trap door into a large hole in a tragic “accident.”

This week, however, the Princess may have overstepped her bounds. I baked some banana bread, something that is close to Roy’s heart. We each had a slice or two of the fresh banana bread and the dog sat and pretended she wasn’t looking at us. The bread was carefully put away.

The next day, I got out the cutting board, knife, and bread and cut a couple of more slices. I just knew I’d want more, so I left it out and told Roy that it was there. He went out within two minutes and called back, “What, did you put the bread away already?”

I knew before I went out what I would find. The scene in the picture above only tells half the story; the rest comes in the form of a guilty-looking dog, standing in the doorway with crumbs still on her snout.

Roy was distraught. “I didn’t get to eat hardly any of the bread. How could you have eaten all of it!”

I walked past the Princess and gave her a pat on the head, “Poor little dog.” The kitchen wars continue.